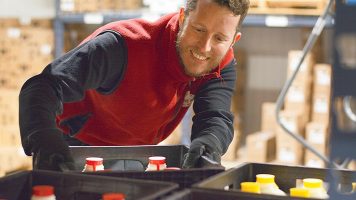 Good NEWS – Our shopping is changing 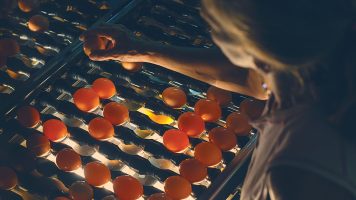 An Egg story: Before Corona – Part 2

I call my next series of articles “Behind the Headlines.” Today and through the next few weeks, I want to make sense of some of the recent headlines about our food system. I will also bring up some items that should be headlines but don’t seem to attract any attention.

So why are farmers dumping milk? Food waste at any time is upsetting. Pre-COVID-19, however, American society had come to accept food waste as part of life. Now, in the face of 30+ million new members of the unemployed ranks, uncertain job futures, and a newfound appreciation of how many people are involved in feeding us and how essential those individuals are. In the face of this, it feels tragic and incomprehensible that dairy farmers would dump milk. So why does this happen?

To start, milk is a food where the spigot doesn’t stop. Dairy cows produce milk every day. Their bodies don’t care how many customers are out there. Cows need to be milked twice or even three times a day, every day. A farmer cannot just decide to milk the cow sometimes. If you ’dry off” a heifer – meaning you stop milking her — she will not produce milk again until she has another calf.

So, that decision to dry her off takes her out of the milking parlor for a long time. Keeping a cow you’re not milking is expensive. Herd science and management is complicated and nuanced.

Once the cow is milked, the fresh milk must then be pasteurized within 72 hours of milking. This strict limit has been a crucial public health policy success over the last 75-100 years.

This is the supply side: milk keeps flowing and must be pasteurized in a timely manner.

Meanwhile, the system has very little room to maneuver if there is a major breakdown in the outlets that can receive it. The result is that a crucial part of our food system is inflexible. Within this system is a piece that has quietly moved us away from our farmers: processing. Milk processors sit between the farmer and the end consumer.

Milk processing plants receive raw milk from farms and pasteurize the milk (among many other things.) Over the last 40 years, the downward pricing pressure on milk has turned processors into little more than widget makers trying to squeeze out shrinking profits through increasing scale – a textbook example of a commodity business and all its attending benefits and costs. In fact, there have been few benefits and the costs heavy.

Everyone in the milk business has known for years that the system is unsustainable and destructive, but despite many good efforts, the trend has not been stopped. Consumers know about the years-long trend of dairy farms closing, but it ramped up in the last 18 months pre-COVID-19 when two of the biggest dairy companies in the world – Dean Foods and Borden – collapsed, too. There have been many wake-up calls before but these are airhorn events.

To give an example, as processors become larger, they have specialized in various products – cheese, fluid milk, yogurt, sour cream, etc. – and in turn like most businesses, developed specialized customer channels. I introduce three companies. Company A, processes fluid milk for supermarkets, Company B processes milk to make sour cream for the Mexican restaurant trade, and Processor C processes milk to make yogurt for both hotel kitchens (big tubs) and grocery markets (6 oz cups). And then the COVID-19 pandemic hits.

Company A remains really busy, but milk is one of those few items that buyers don’t stock up on and instead buy several times per week. As such, sales at company A are up, but have not doubled as many would suspect.

Company B suddenly has no business. B calls their supermarket friends to try to redirect their milk, but B’s package sizes are wrong for supermarkets. B reaches out to their processor’s distributors, but they have become specialists in the Mexican restaurant trade and don’t have a lot of contacts at supermarkets, so can’t help. Hours have been spent on the phone now. Company B now calls their milk coop and tells them they don’t have any place to put their milk. Coops then call their farms and say they can’t send the tanker to pick up the milk today. As noted earlier, the farm can store milk for 72 hours and then must dispose of the milk. The clock is ticking. Company C works the phones to try to ramp up their supermarket sales. Because yogurt has a much longer shelf life than milk, they can keep making 6 oz cups and put into inventory some of the extra yogurt that used to go to hotel breakfast bars, but at some point they will have to reduce their milk intake.

After 72 hours, farmers who sold to company B are required to clean their milk tanks and the first milk starts to get dumped down the drain, or in the field, and it keeps going. A small dairy farm has 100 cows and the average cow produces seven gallons a day. Cue the news cameras and the stories.

Farmers would love to get their fresh milk to food banks, which have seen a dramatic rise in need. But distribution to food banks takes time to set up — have all the calls to food bank managers been made, the hours of delivery agreed upon, the truck routes planned and refrigeration at the food bank facilities ready, with enough shelves there to accept large quantities of perishable milk? And to stay in business, the dairies should be paid. Federal and many state programs have now been announced to provide funds to assist in linking dairies to food banks. There is supply and there is demand, but it takes time to match these two in new ways.

Few industries were ready for the disruptions of a pandemic. The dairy industry was structurally unready for this day.

The lack of a local processing system has left the dairy industry hugely vulnerable to event risk. Mega processors are not bad, but to be nimble, the food system needs smaller and mid-sized local processors as well. To turn on the factory switch, the mega processors’ minimum quantities are enormous, so when there is a change in demand, the system breaks. It’s a little like how hard it is to start a car company, because who has an assembly line handy? We just accidentally created the same thing with milk.