As Much Apple Growers As Land Stewards

Caring for Farm, Land & Community in the Champlain Valley

Barney and Christiana Hodges, second-generation farmers, are passionate about growing apples. You can taste their care and dedication in the second and third runs of Five Acre Farms Local Apple Juice, pressed from a blend of their exceptionally flavorful apples.

The Hodges family has owned and operated Sunrise Orchards, a 200-acre apple farm located in the heart of the Champlain Valley, since Barney’s parents bought it in 1974. Barney grew up on the farm and trained as a geologist before becoming an orchardist. Today Barney and Chris live on the farm with their three children in a house they built themselves. (Barney drew up the plans on the back of a paper bag.) 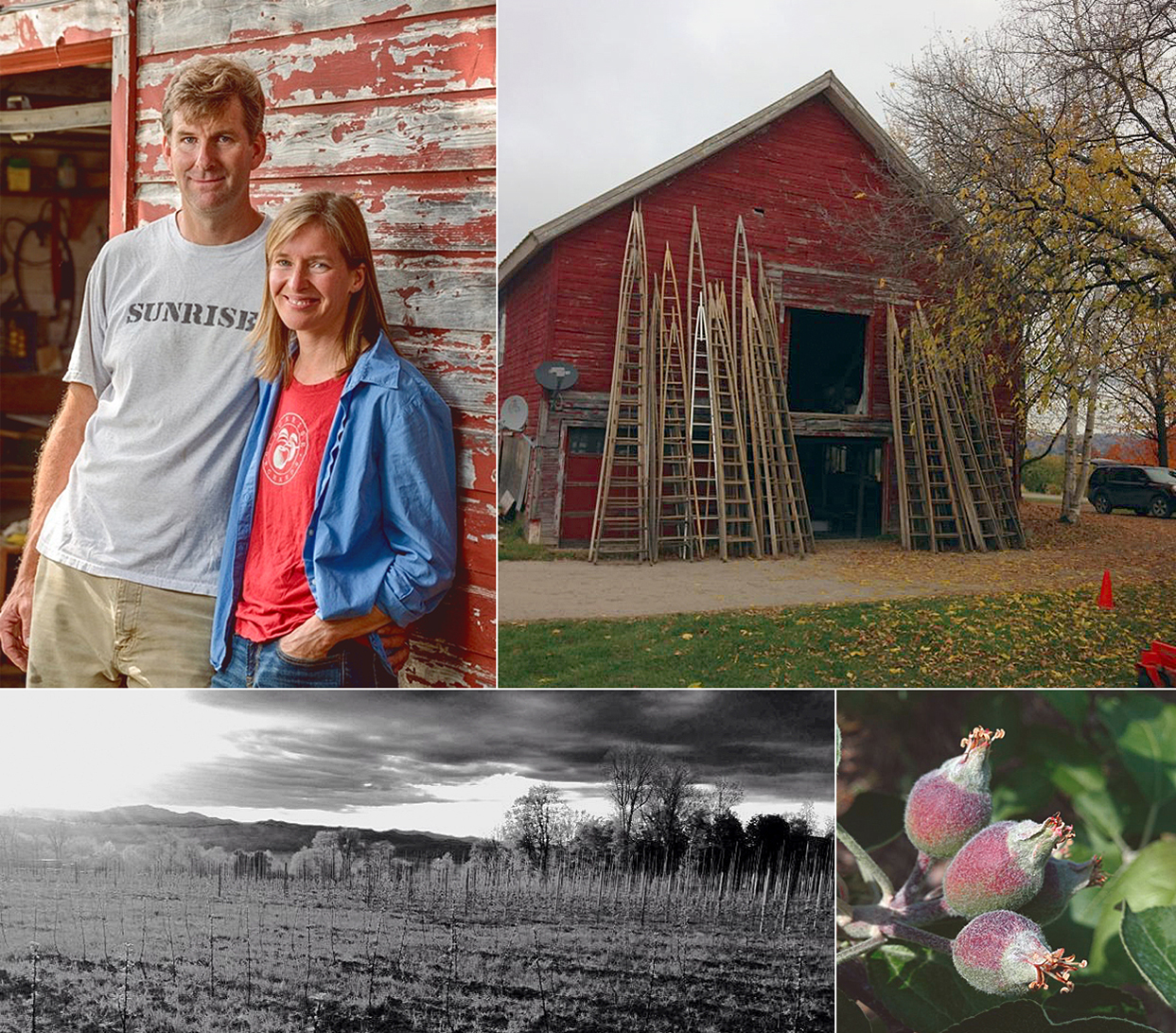 Clockwise from Top Left: Barney and Christiana Hodges. Apple ladders resting against the barn. Apple buds. An autumn view across the orchard.

Barney and Chris are as much land stewards as apple growers. They follow the Eco-Apple protocol developed by Red Tomato and an Integrated Pest Management (IPM) program to ward off pests and disease. They closely monitor their trees, precipitation and temperature. They mow fallen leaves after harvest to chop up apple scab spores on dead leaves and prune all winter to encourage air flow, light and healthy growth. The result: the amazing Sunrise Orchards apple, known for its taste and quality, and healthy soil and water for the good of the farm’s employees, neighbors and surrounding community.

To learn more, listen to this radio interview with Barney and Chris, where they describe Sunrise Orchards and their vision and plans for their business in their own words.