On a Bus, On a Bike and On the Farm 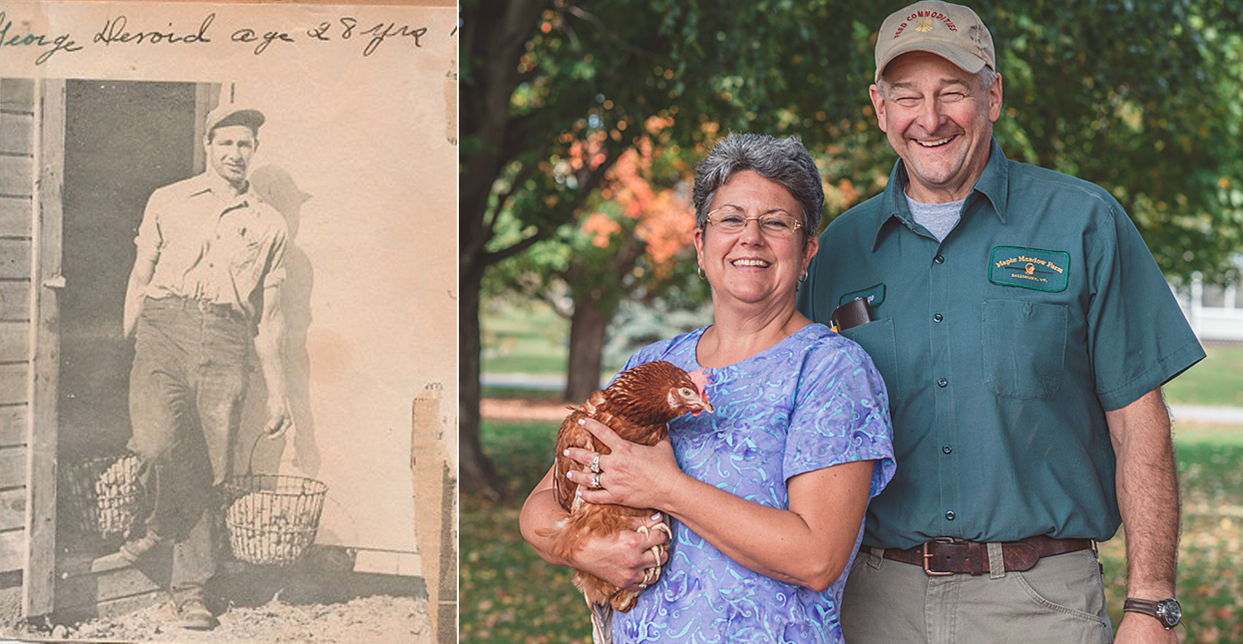 Left: George C. emerging from the original hen house. Right: George Jr. and his wife Jackie with one of their Rhode Island Reds.

Originally a bus driver for the local school children, George’s father George C. Devoid bought the family farmstead in 1946. Not long after, he and his wife Lois, a schoolteacher who later became Town Clerk, decided to raise hens as a way to supplement their income. They began with 200 hens and one Jersey cow. The business side began with George literally pedaling their wares, selling eggs, milk and Lois’ homemade butter and cottage cheese to customers from a basket hung across the back of his bicycle as he rode around nearby Lake Dunmore.

Before long the egg business was thriving, and running it became George’s full-time job. Over the years, the Devoids made their mark on different areas of the poultry business. They raised broilers and breeders. They produced hatching eggs. They catered large chicken barbecues all over the state of Vermont. Then, in 1965, they began to focus exclusively on the basic shell egg.

Today, George and Jackie don’t love just their hens. They also have two insanely large cows—a Holstein named Dribbles and a Brown Swiss named Shy, donkeys Ruthie and her son Louie, who live in a small barn Jackie built herself, and Yellow Labs named, in a nod to favorite Boston sportsmen, Varitek “Tek,” Beckett and Tuukka.

Clockwise from Left: Jackie and the big kids on the farm, Brutus and Maybelle. George Devoid. Tuukka on an early morning patrol of the grounds.

Along with the care of their animals, investing in systems to produce clean, fresh food is a top priority for the Devoids. They are especially proud of their state-of-the-art cage free facility. The hens have free run of the climate-controlled barn with mesh-covered raised platforms where the hens walk and comfortable nesting boxes, dimly lit to create an inviting, stress-free environment for laying.

George and Jackie treat their flock of Rhode Island Reds with extra special care. They feed their hens ground oyster shells for extra calcium to produce stronger shells and healthier eggs. They never give them any hormones or preventive antibiotics. The happy result is a great-tasting, healthy egg with all of the hallmarks of superior freshness: cloudy whites, high yolk domes and intact chalazae that center the yolks.

Clockwise from Left: Rhode Island Reds strutting their stuff. Inspecting the goods. Silos where different formulas of the hens’  feed are stored.

All of Maple Meadow’s facilities surpass strict rules for cleanliness and food safety. The Devoids use safe handling practices, pass regular inspections with flying colors and are the only egg producer in the state to carry the “Vermont Seal of Quality.”

Clockwise from Top: Jackie in the office. George in the other office. Freshly layed and being sorted.

Over the years, Maple Meadow Farm, less than a quarter mile from the village of Salibury, grew up with the town and has long been a favorite gathering place for the community. Kids meet at the pond behind the chicken barn for fishing in the summer and ice skating, ice fishing and pond hockey in the winter. At holiday time, the Devoids host 100 of their neighbors—and Santa!—for the lighting of a 50-foot Christmas tree on their property and a bonfire across the road with hot cocoa, cookies and carols. 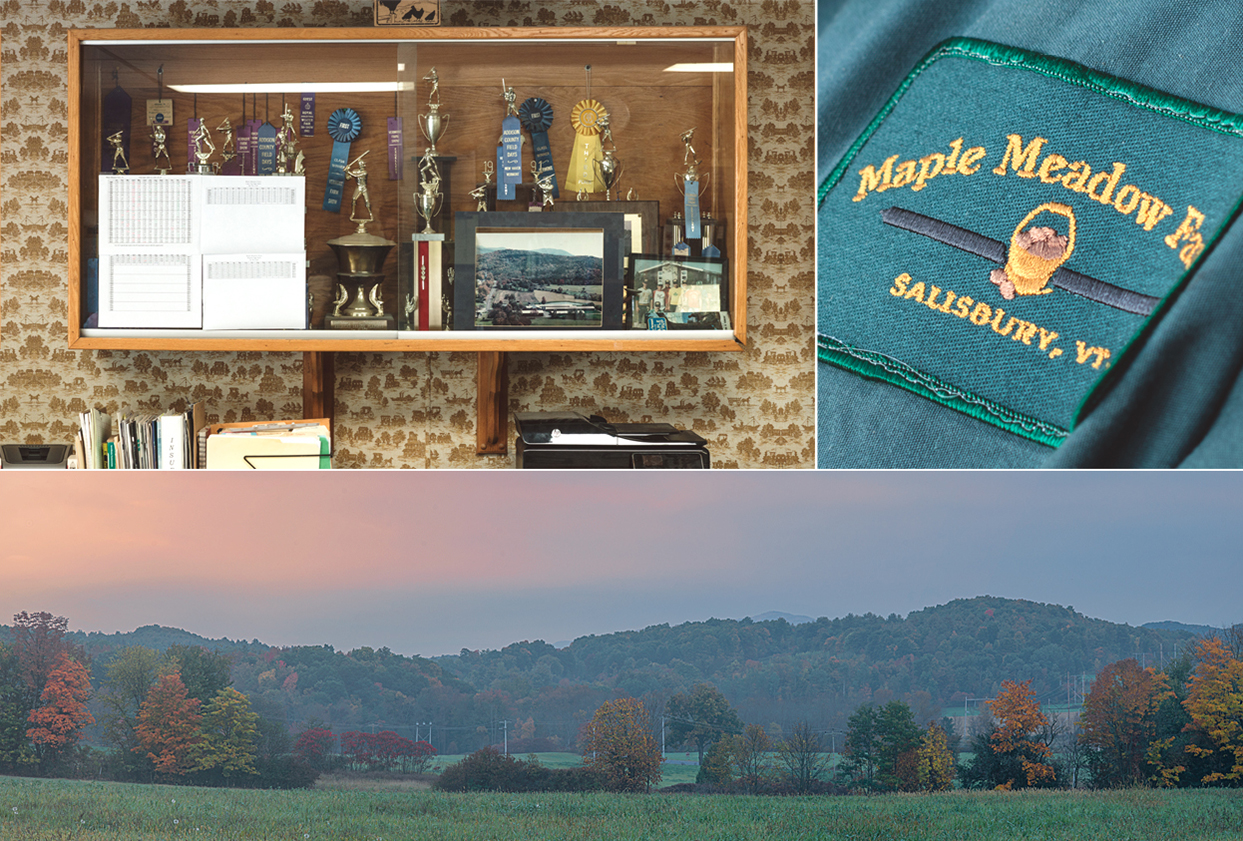 Clockwise from Top: Pride in their local accomplishments. An inspired name. The source of that inspiration.

Sharing with the Devoid family a belief in participating in the local community, Five Acre Farms is committed to seeing the third and fourth generations carry on that tradition.