The Dressel Family has been growing apples in New York’s Hudson Valley for four generations. The orchard today is run by three active generations—Rod Dressel Sr. (second generation), his son Rod Jr. and his wife Debbie (third generation) and their children Tim and Sarah (fourth generation). Every fall, the Dressels harvest 150,000 bushels of 20 different varieties of apples cultivated on more than 350 acres. 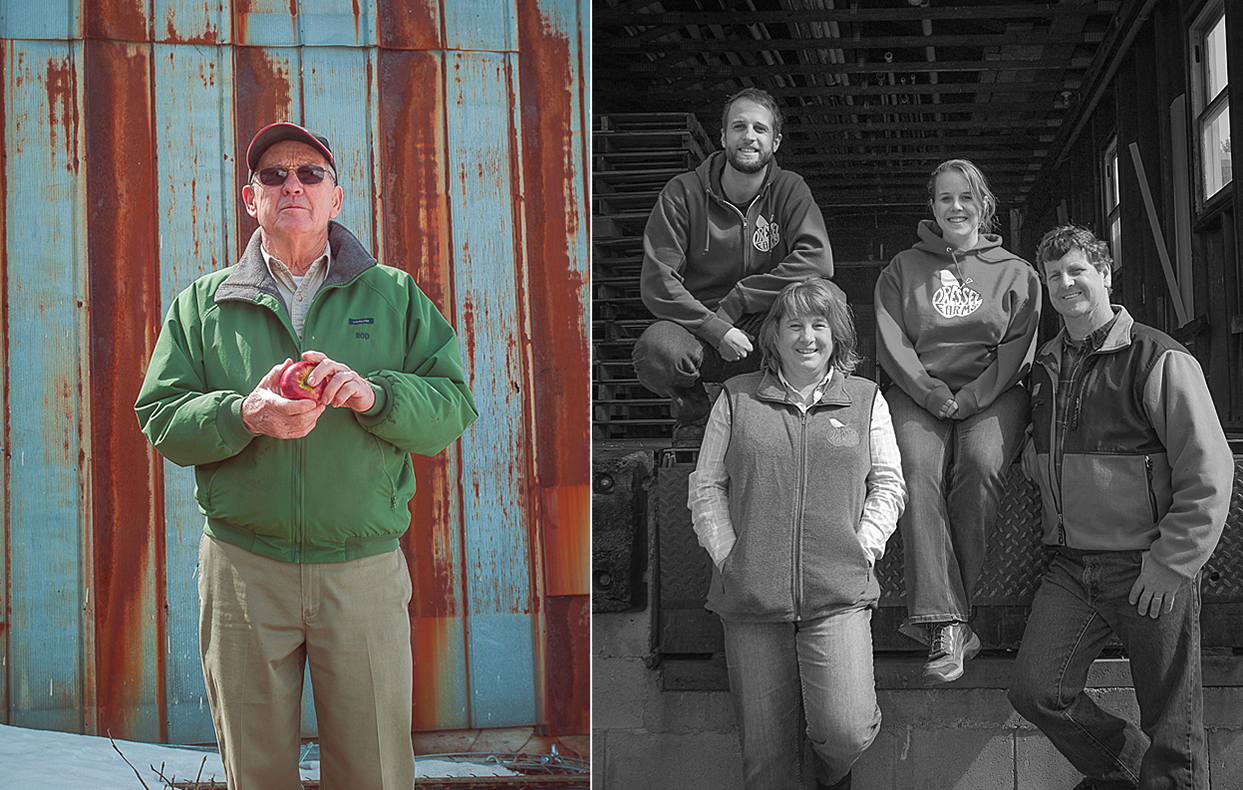 The story of Dressel Farms begins with Rod Sr.’s father Fred, who was hired as foreman of the farm, then owned by the Dubois Family, in 1923. After helping to expand the orchard, Fred purchased the farm in 1957. Father and son then worked together to improve the farm’s operations and grow the business.

Rod Jr. was raised on the farm worked by his father and grandfather. After graduating from the Ag School at Cornell University in 1982, he returned to the farm and assumed a major role in the business. He and Debbie, who first met playing in the New Paltz High School marching band—he on drums, and she on flute—have been married for 35 years. 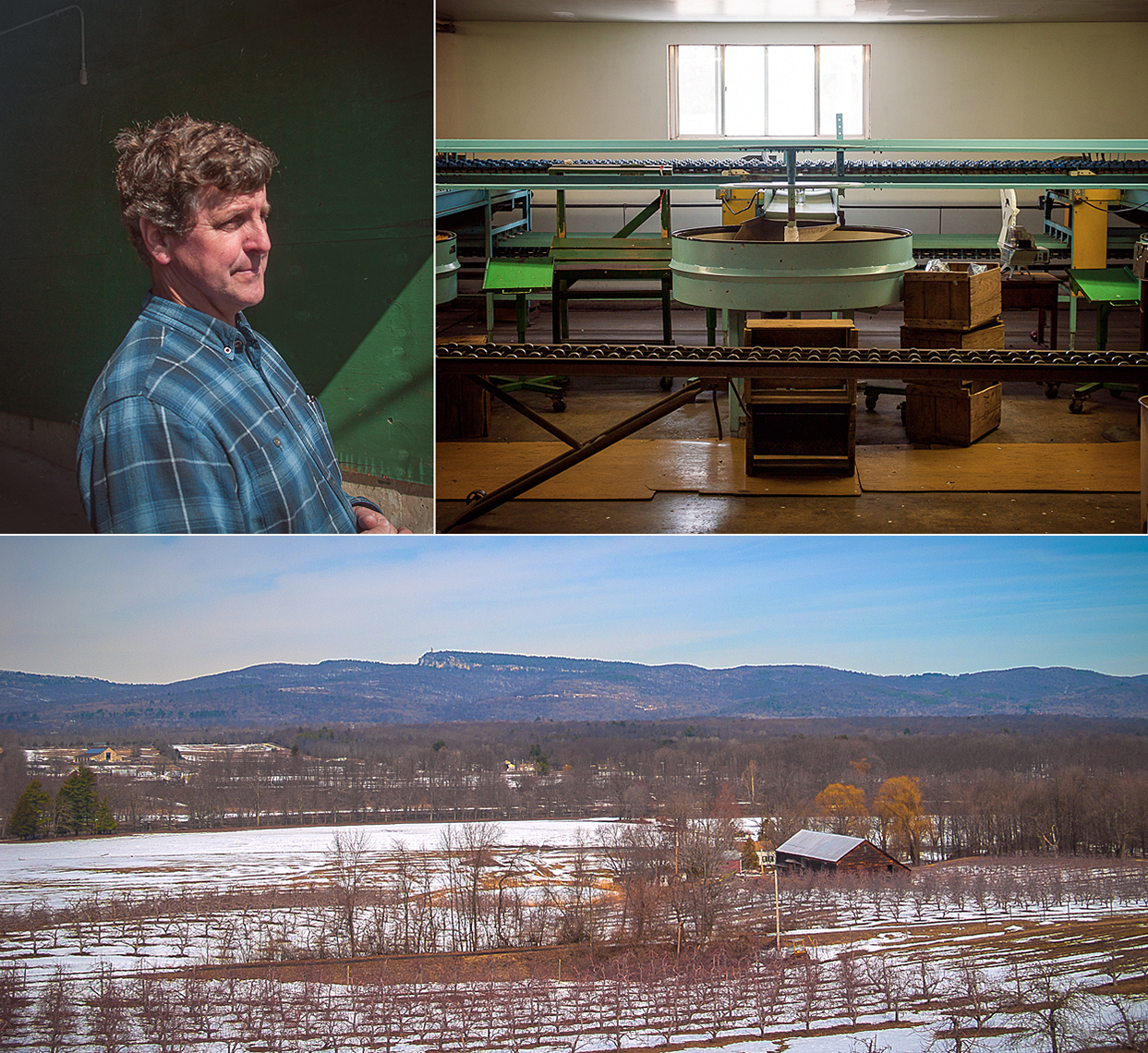 Clockwise from Top Left: Rod Dressel Jr. The sorting line on a rare day off. A winter’s view of the “Gunks.”

Their children, Tim and Sarah, cut their agricultural teeth in the family business. Tim, who learned math while selling strawberries with his grandmother at the farm stand, graduated from Cornell’s Ag School in 2007, followed by Sarah in 2011. Today all three Cornell alumni in the family work closely with the University’s lab in nearby Highland to develop and test new varieties and growing practices.

When Fred and Rod Sr. managed the orchard, the trees were large and sturdy, known for their high, broad crowns and strong limbs and perfect for supporting tire swings. Since then, dwarfing rootstocks have been used to create new varieties of apple trees. The smaller modern trees need less space to thrive while yielding more fruit in less time compared with traditional apple trees. When Rod Sr. planted trees in 1957, he had to space them 30 feet apart. The smaller, higher-yielding trees his grandchildren plant today need just four feet. 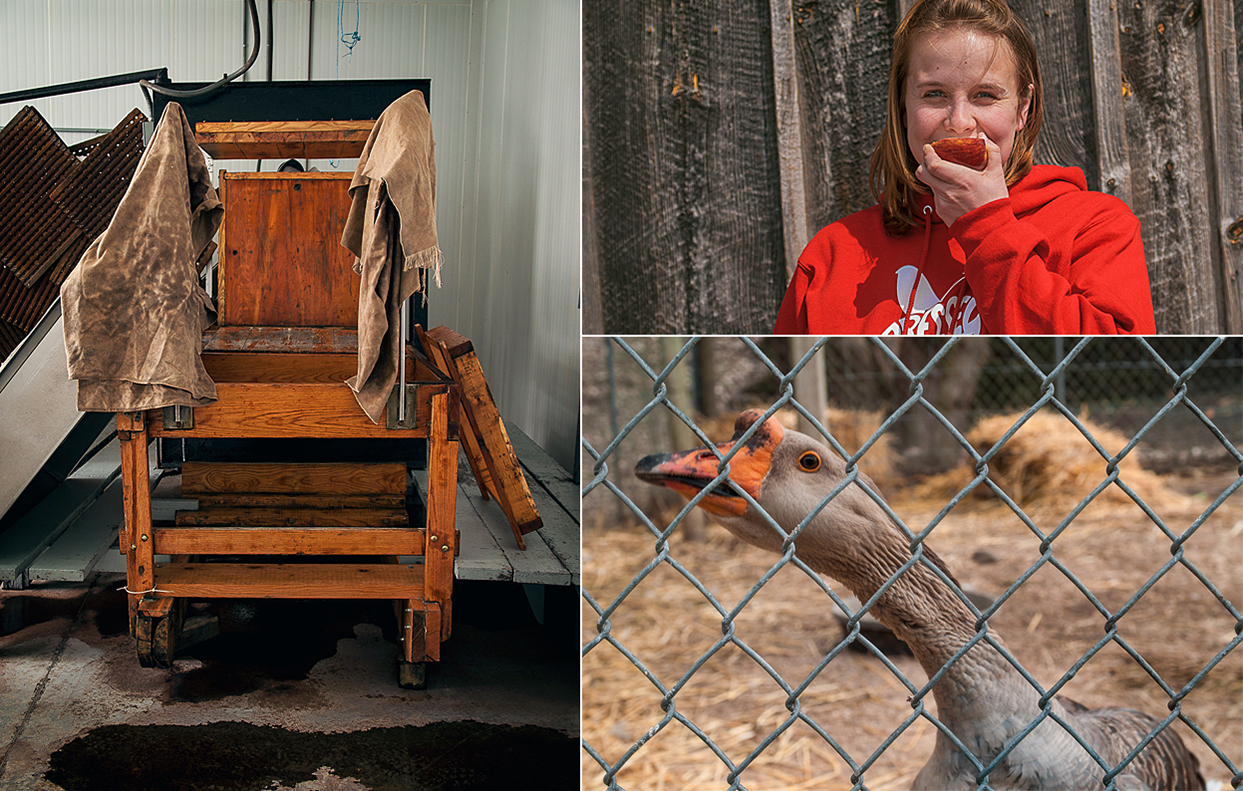 Left: Not just a farm but a family. Right: The Dressel men.

The Dressels use an integrated pest management (IPM) program that balances their needs as farmers while protecting their land, their neighbors and their community. Their sustainable growing techniques include using a trellis system so their trees get plenty of air and sunlight, taking soil tests to determine nutrient needs and installing drainage tile in low-lying areas. Their Global GAP Certification in food production ensures that all of their produce meets strict food safety regulations.